I can’t believe I missed this but back in January apparently there were a number of events including live performances to celebrate the 80th anniversary of one of my favourite childhood films – The Wizard of Oz.  It may have been because I was laid up most of month with eye problems so on a forced digital and screen detox and generally just not myself.

I love the movie and whilst it may not have wide appeal to the digitally savvy children of today it did give us some iconic moments that have entered popular culture.  The yellow brick road, Emerald City, “Somewhere over the rainbow”, wicked witch of the west, not to mention the terrifying flying monkeys.

Back in August 2017 I posted a sketch I did  celebrating the 1939 film premier , so thought I’d do a belated one to mark the 80th anniversary – hopefully my drawing skills have moved on a bit since then. 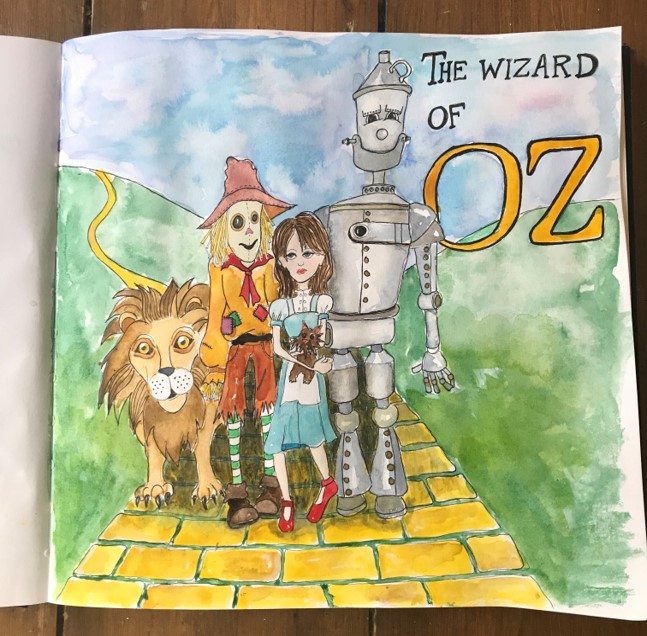